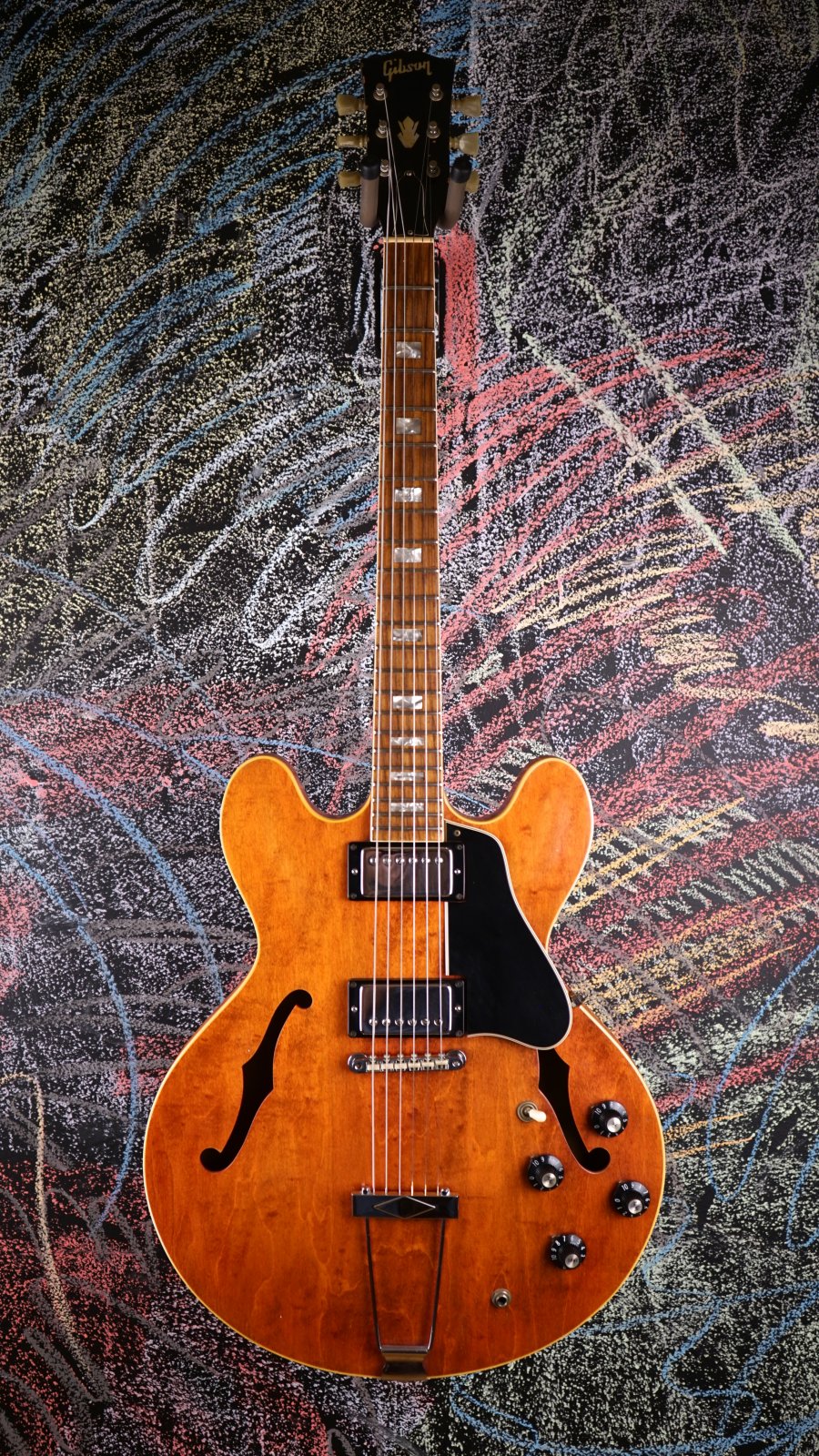 Don't miss out on a piece of Gibson Guitars history and one of the coolest guitars we've had the privilege of coming through the shop!
One of the last "Golden Era" 335's - this beauty from 1968 has all but lost it's glory. From it's gorgeous faded cherry finish to it's exquisite checking on the body and neck - this ES-335 may be one of the best guitars we've had in the shop in a long time. In 1968, Gibson put a nut width of 1-11/16" with a scale length of 24.75". From the back of the neck to the strings is 1 inch towards the headstock and 1 1/4 inch around the 12th fret. It is a big neck when you climb up the neck, but there is definitely a narrow width between the strings closer to the nut. It includes the rare, double-tulip Kluson Deluxe Tuners, and a trapeze tailpiece. Around 1965 to 1968 Gibson switched their manually-run pickup winding system to an automated one and from then on their humbucking pickups all became a consistent 7.5k ohms from 1965 and later. This guitar is in it's all original condition with a setup and cleaning. This is an excellent playing example of an all original late-60's ES-335. Includes non-original hardshell case.