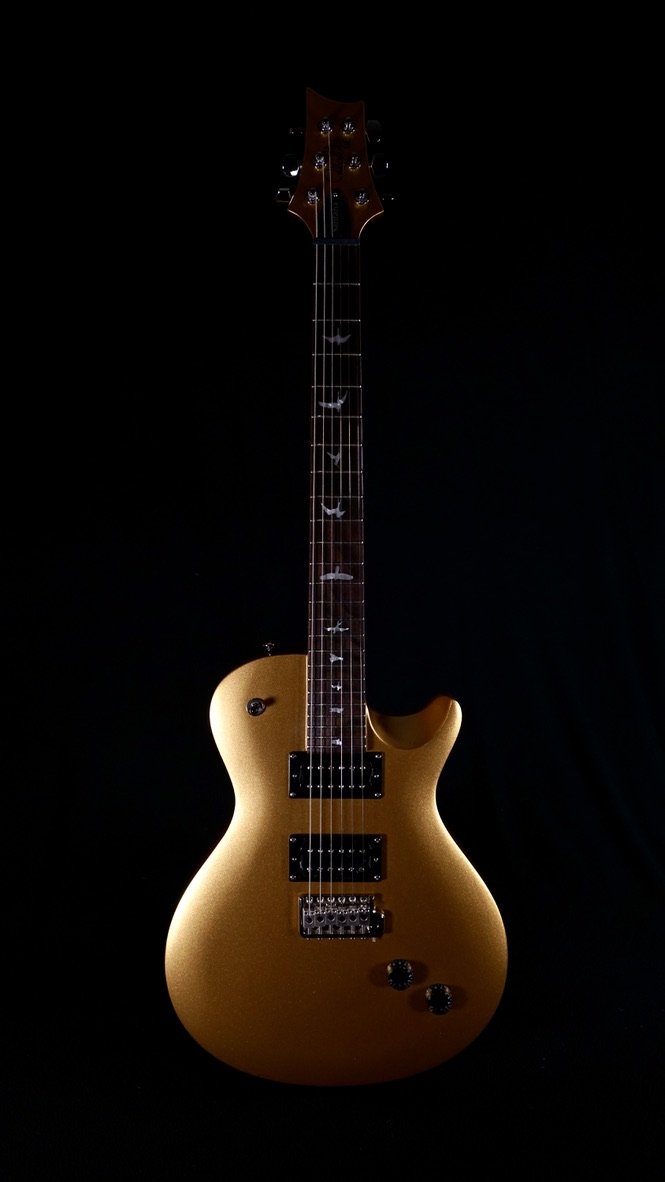 Shred Like Santana
The SE Santana Singlecut Trem pays tribute to Santana’s one-off gold leaf Private Stock PRS. Modelled after the workhorse gold leaf guitar that Carlos plays on stage, the SE version of this special instrument began when Santana heard the 2018 Paul’s Guitar TCI pickups. Impressed with their tone, Santana requested a set of those pickups without the coil taps, and from there, TCI “S” pickuwere born. Wanting to capture their full-range tone in a special model, Santana and Paul looked to Santana’s personal instruments and choose the gold leaf Singlecut.

This is a BRAND NEW instrument that has been meticulously inspected for quality assurance and has been setup by our Luthiers here at The Upper Bout. If you have any questions regarding this instrument feel free to give us a call at (217) 607-8132.