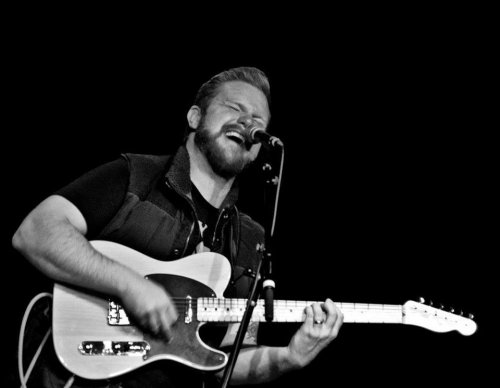 Caleb received his A.F.A. in Music Performance from Parkland College in 2006. At Parkland, he studied with local guitar professors Wes Howard, Jordan Kaye and Shawn Purcell. During his time at Parkland he studied and practiced classical guitar, classical music theory, jazz guitar, jazz theory, and composition.

Caleb is a regular gigging musician who has been performing for live audiences since he was 17. Since graduating from Parkland he has played a part in several bands as singer and/or guitar player as well as further developed his solo career as an acoustic artist and song writer.

Caleb offers lessons in guitar, bass guitar, banjo, mandolin, ukulele, music theory and composition. It is his goal to teach and inspire other developing musicians, while continually growing himself. 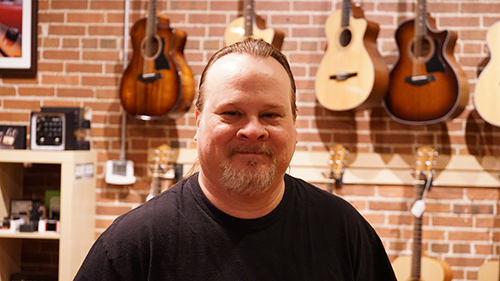 
Sean has taught people of all ages and backgrounds for over 14 years pointing them in the right direction and helping them achieve their musical goals. He believes in tailoring each lesson to the individual student's passions, interests in musical styles, songs and specific techniques while making sure that no bad habits are developed. In addition, he strives to guide students around common pitfalls of learning the guitar. In his lesson plans, Sean incorporates core fundamentals such as chord theory, scales and advanced sequences, sight-reading and rhythm studies, improvisation, music theory and technical exercises.

Using an immersive teaching method Sean utilizes the latest in educational software technologies such as Guitar Pro and Transkriber to help students grasp songs, concepts, and techniques more quickly and efficiently. As part of his technical immersion he uses a 32” digital display which acts as a digital blackboard enhancing students’ ability to learn. Student’s learning time is also maximized through the use of pre-printed lesson materials and onsite transcriptions printed at the touch of a button.

In addition to guitar itself, in his studio, Sean also covers the use of guitar effects and signal chains to help students find the sounds they are looking for. He also incorporates pedal boards for electric guitar students to give them a “real world” taste of what it takes to play live with effects units. Students are also exposed to multi track recording and how to layer tracks into songs and the ins and outs of the recording process. With all of these tools in his studio at his disposal his goal is to help students not only see a more complete picture of the guitar, but its place in popular music. For additional information please visit seanfraserguitar.com 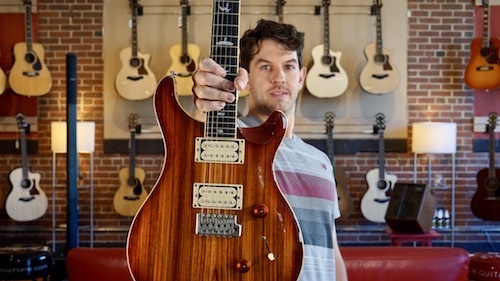 
Mark is a versatile electric guitarist with an appetite for just about any style. He is a Champaign native who has played with many local bands such as Grand Ambassador (indie/powerpop), Nuclei (reggae/R&B), Tell Mama (soul), Bad Medicine (classic rock), Aquila (jam-band). His groups have appeared at the Urbana Sweetcorn Festival (where he opened for Smash Mouth), Dietrich Sesquicentennial Celebration, Villa Grove Ag Days, Pygmalion Festival, Taste of Champaign (where he shared a stage with Kurtis Blow) and the Urbana Folk and Roots fest. He has hosted local open jams at Canopy Club and Pipa’s Pub, and along with Jonathan Parrish he currently hosts an open mic/jam at Clark Bar every Wednesday.

At present, Mark plays with the groups AllNighter (top 40), Afro D and Global Soundwaves (hiphop/jazz), Mid-October (indie/90s alternative), Triple Play (classic rock), and fronts a trio, drOpsy, which performs his original music. He also is a proficient audio engineer - most recently he mixed and recorded local percussionist extraordinaire James Mauck’s Forebeat album “Duality”, as well as the work of his many groups. Mark has a vast array of guitar and studio gear - as a session musician, Mark prides himself on his ability to capture just about any guitar tone imaginable. He even builds his own guitar effects pedals which can sometimes be found for sale at the Upper Bout.

Mark recognizes that each student brings a unique set of goals and sensibilities to their musical endeavors. He encourages his students to balance practical applications of technique and theory with free exploration as they advance toward their unique musical goals. In this way he hopes to motivate and inspire students to connect more deeply with their instrument while at the same time honing their musical awareness and overall musicianship. Mark’s work with students focuses on deploying good technique, timbre, and time. He offers lessons in performance, music theory, composition, and improvisation to students of all ages and abilities. 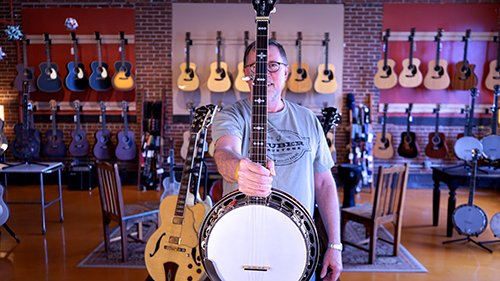 
Dean Meece, a Champaign County native, began his banjo journey in 1980 taking lessons from Central IL banjo great John Gantz. Having been a fan of Bluegrass music and the 5-string banjo from a young age, it was under John’s teaching that Bluegrass banjo became one of Dean’s passions. The music of Earl Scruggs became the foundation of what still inspires Dean to this day. This passion for the banjo is evidenced in Dean’s knowledge of not only the instrument, but of the music and the players who have shaped what is known as the 3-finger style of Bluegrass banjo.

The trumpet was a key role in Dean’s musical training, playing for 9 years in concert band, jazz band, marching band, etc. It was while playing in a jazz ensemble in high school, that he learned the importance of “ear training”, improvisation, and most importantly timing. His goal is to instill these skills in each of his students. Dean also teaches the mechanics of playing 3-finger style banjo: the importance of hand position, relaxation of the picking hand, how to properly wear, shape and use both finger and thumb picks, as each player will have varying hand positions. So the belief that “one size or one way fits all” method of playing the banjo does not exist in his method of instruction.

Although Dean is primarily a Scruggs style picker, he does play and teach some melodic style of playing for the beginner and intermediate player. He teaches how to read tablature, how to practice with a metronome, how to listen and develop your ear. No matter your age, or musical background, Dean can help you along your way, on your own banjo journey. 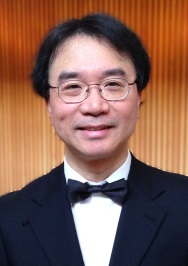 
Dr. Felix Chan received his BM at the University of North Texas. He earned his Master's and Doctoral degrees in Music from the University of Illinois. Besides the USA and Hong Kong, he has performed in Europe where he received additional musical training in France (Paris), Austria (the Esterhazy Palace), Italy and Poland.

He has taught piano to children, teenagers and adults in all levels and abilities for more than 20 years. He is an experienced teacher, recitalist and accompanist. He has taught at the U of Illinois and The Conservatory of Central Illinois. From 2002 to 2007, he played in 19 musicals (over 135 performances) and he was the musical director for two musicals.

Dr. Chan's piano teachers include Ian Hobson, Katherine Glaser (a devoted student of the legendary pianist and pedagogue Artur Schnabel), Ward Davenny, William Heiles, Kenneth Drake (an expert in Beethoven and the pianoforte instrument of his time), Joseph Banowetz and Tony Caramia (jazz piano). He is also a classically trained singer (baritone). He has sung in four full-length operas and in many major choral works.

Dr. Chan is committed to teach every student and provide them with quality instruction so they can reach the best of their musical abilities.